As digital specialists we get to work in an exciting environment. New, technology-driven topics are part of everyday life for us. Trade fairs like CES, MWC etc. are a Mecca for innovation. For what’s important. For relentless progress. The most important event on the calendar for all mobile technology enthusiasts kicks off once more today with the Mobile World Congress (MWC). Just like last year I will rush through the halls – searching for new ideas, the most exotic, exciting gadgets, system solutions and digital products as well as, of course, interesting discussions. Face-to-face and fully analogue.

I am expecting that the MWC will focus on the following five trends:

Many of these topics featured prominently at the trade fair last year too. What will be exciting is to see where the technologies are heading in the future – and when they will become commonplace in our everyday lives.

Chatbots are an exciting example of how a rather minor trend topic – since such a simple bot is ultimately constructed relatively quickly – develops into something of much greater relevance. Chatbots fulfil the wishes of consumers to quickly and easily access information that is tailored precisely to their personal needs and is available whenever and wherever. However, the simple interface alone will by no means be enough. The systems only become powerful when the accuracy of the responses is optimised by CRM, product and other database connections. A chatbot has to be able to address communication histories with the customer and learn constantly. It will be exciting to see which system solutions will be offered at MWC and which environments will be used to demonstrate chatbots. A social media messenger is ultimately just one of many possible applications.

It is really overwhelming to see the hardware that has been launched on the market in this field over the past year. Virtual reality became reality in 2016. New gadgets have spurred our imagination and given us a foretaste of the future. No question. These exciting times are set to continue with providers like Samsung having already announced many new developments that are to be presented at MWC. Sensational opportunities are waiting to be discovered in selected areas. But even if companies like Oculus, HTC etc. are recording increased sales in the area of True, that is to say fully immersive, VR, really wide-scale availability is not yet achievable. It is the brand stagings at the POS or at trade fairs that are the most exciting at present from a marketing perspective. In terms of certain aspects anyhow.
Augmented reality has also not made the major breakthrough as yet. Even if this was promised by so many owing to a short-lived but fierce battle with Pokémon Go. Most players had probably not activated the camera anyway when playing. And HoloLens also is primarily a great problem solver for a couple of individual application scenarios – for example in the framework of training measures. The focus at the moment though is still on “one-offs”.
However, I am really excited to see whether a real augmented reality breakthrough can be achieved here at MWC (or at an upcoming Apple Keynote?). The usability of these functions from a system perspective can all of a sudden provide the breakthrough in terms of real availability and exciting services. In a time when basically all information is already provided with a spatial coordinate, this information can also be linked with the camera function. Additional information on locations, on a person you are talking to or individual products as basic features – now that would be something!

No question. Anything that can be wired will be wired. CES and MWC will also compete in this sense for the most amazing products. But what else is left other than to wire hairbrushes? All will be revealed… With all of this absurdity, however, we should not forget that there are definitely exciting applications in the area of home automation. There’s no going back once the wireless speakers are established in your living room. And if you’re not sure if you switched off the lights, the oven or the hob, a quick look at the smart home app will ease your mind. Whether or not you are already signed up for all of this: just say you notice that toilet paper stocks are running low and can order supplies on the spot, then the entire household will benefit. These functions and others will increasingly – and, quite understandably – find their way into our homes.

At the end of the day, most people simply want an easier working environment and a seamless living environment. This is the case even if they are not technology nerds. The term Shy Tech seems to aptly describe such people. No keyboards, not even monitors are absolutely necessary to control functions or retrieve information. Amazon has taken an initial giant step in this direction with “Echo”. Google Home is set to follow and Apple is planning to continue developing Siri, probably more likely with the iPhone as hardware than with its own loudspeaker. Great, if everything works smoothly. An army of clever bots will support us comprehensively.
At this point at the latest, a little reflection is always needed: where will the data actually be stored, where can I find information about this? Can the practice of law really keep up if product development is entering new grey areas or completely uncharted waters every day? Developing ideas and content for these systems is certainly the right thing to do. But maybe we should start off with cookery recipes and not immediately have medical records read aloud to us by these voice control systems. In any case, I am expecting to see every conceivable application at MWC. It will be interesting!

If Alexa and Siri learn to walk in the course of the digital evolution then robots will probably be the final outcome. Already last year you could use a smartphone to roll small robotic balls through an empty apartment and use integrated cameras to keep an eye on the apartment even from the café or play with the cat. Smartphone-based control is likely to stay, but the robots inside the rolling balls will probably unveil themselves as fully-fledged robots for use in the home. I am very excited to see what innovations will emerge in this area. Maybe I’ll meet “Kuri”, the small Bosch robot, or one of its fellow species. Apart from the quite legitimate question that Bill Gates recently asked as to whether taxes would not have to be levied on commercially used robots in the future to compensate for any impending decline in revenues from income tax, robots will probably become established somewhat slowly in our private everyday lives.
After all, I still prefer it when I can ask a human for directions in the shopping centre as opposed to a robot. And I am not alone in this. That’s why we have to take a step back from all of the euphoria that surrounds trade fairs like MWC. Our goal is to support our customers optimally in ensuring they are successful and equipped for the future. We keep an eye on all trends, analyse, make recommendations and advise. It’s not about being the fastest at implementing new technologies, rather finding the best and most suitable solution for the customer. Even if this sometimes means initially forsaking the latest hype.

More information and pictures from the Mobile World Congress can be found on Tumblr: sp-url.com/correspondent 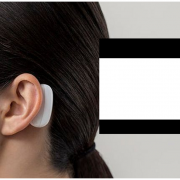 Why mobile programmatic does not yet use its full potential

Retail has to act - now

In the shadow of acid attack
Scroll to top