Augmented reality: what comes after the smartphone?

Augmented reality has been one of the great innovation topics of the technology industry for years now. The sector is currently focusing primarily on smartphone cameras, which allow users to project a digital content layer onto their environment.

However, the areas of application are much more diverse: with shopping apps, you can try on glasses or trainers before buying them virtually and project furniture into your own home. Google Maps has most recently started guiding the way not only with arrows on a map, but by augmented reality. In Pokemon Go, too, the Pokemons now sit in a real meadow and not just in the rendered game environment.

The sound comes from the glasses

The US audio manufacturer Bose, for example, is a pioneer in this area: at the SXSW 2018, Bose presented the first prototypes of its augmented audio sunglasses, nine months later in December the first two models came to the market. In contrast to other devices, such as the recently released OptiShokz Revvez, the sound from the Bose glasses is not projected directly into the ear via bone conduction and the skull, but via micro-loudspeakers.

Bose is marketing its glasses under the buzzword of augmented audio and not only supplies the hardware, but has also announced a comprehensive software development kit that will be launched at SXSW in March 2019 to encourage app developers to bring innovative and exciting hardware applications to market. This is where the whole topic becomes interesting, because a mere headphone replacement may be nice, but it isn’t really ground-breaking.

Audio feedback, based on GPS location and the orientation of the glasses, allows information to be passed on relating to objects in the direct field of vision: information about places of interest or about bars and restaurants as well as directions. For example, navigation apps or city guides become possible without a smartphone screen.

In future versions of the glasses, gesture control by head movement can probably also be implemented, for example to accept calls or control media players. Location-based services that do without screen interaction and feed services or offers directly into the user’s ears depending on their position are also conceivable. Obviously, the integration of digital assistants with voice control such as Google Assistant and Amazon’s Alexa would also make sense in the future.

Augmented audio: just the beginning of the digitisation of everyday objects

Products such as the Bose Frames are just another step towards a world where all the everyday objects we carry with us become digital and smart. The device evolution has already brought digital services from the study (desktop PC) into the shoulder bag (laptop) and from there into the trouser pocket (smartphone) and to the wrist (smart watch). The head is only the next logical step in this development. In my opinion, the development in the smart glasses segment has not yet come to an end, despite some failures.

However, wearables that use audio as a transport medium are significantly more discreet and less invasive than spectacles or contact lenses projected directly in front of the eye lens and should therefore benefit from higher user acceptance.

So, what does the future have in store?

Will we soon be wandering cities dressed in smart devices from head to toe? Probably not. Although Nike and Under Armor, two major sports goods brands, are already developing smart trainers and Levi’s and Google have launched a touch-controlled denim jacket, all of these technologies will only become established when the services offered provide consumers with a truly concrete benefit. 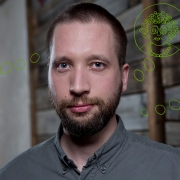 My 2018 trend is called empathy centricity

Revolución permanente – the next big thing facing us media planners

The most relevant SEO News for February 2019
Scroll to top