The Plan.Net Group is turning 20 and celebrates its anniversary with a tribute to two decades of Internet. Plan.Net was founded in 1997 and today is one of the largest independent digital agencies in Europe and in more than 25 locations worldwide.

Munich, May 23rd 2017 — Plan.Net Concept and Plan.Net Media were the first agencies of the Plan.Net Group, which were founded in 1997. According to the first website “Plan.Net are two new companies of the ServicePlan Group, offering you a professional full service for interactive applications of any kind.” At that time, not even seven percent of the over fourteen-year-olds of the German population had been using online services. In absolute figures, this was just 4.11 million. Google was founded a year later and social media channels like Facebook (since 2004), YouTube (since 2005) or Twitter (since 2006) were not even in their infancy stages. The first online banner advertising was already around, but due to the low bandwidth, advertising with moving images was far out of reach.

“When Plan.Net was founded in 1997, the online world was completely different from how it is today. However, the marketing industry especially had been very euphoric from the beginning. Everybody at Serviceplan knew that this was not just a short-lived fad, which would soon disappear again. Today, 20 years later, digitization is one of our key growth drivers and Plan.Net was our strongest pillar in the past fiscal year 2015/16 and contributed 26.2 percent of our total sales. In addition, with its range of services as the only digital agency, it provides the entire customer journey from campaign planning and implementation over performance and content marketing up to the development of platforms and e-CRM strategies”, says Florian Haller, CEO of the Serviceplan Group. Furthermore, the service portfolio reaches from consulting, business intelligence and marketing automation over the design and implementation of digital platforms, products and integrated campaigns up to media purchasing and planning. Currently more than 950 employees are working at more than 25 locations for customers such as BSH Hausgeräte, BMW, IKEA, Media Markt, Consorsbank, Reckitt Benckiser and ZDF.

“The Plan.Net Group has continuously expanded their performance portfolio since its founding, so that we can offer our customers the entire spectrum of digital marketing today. Our entrepreneurial organisation structure, comprising independently acting units, has been a guarantee for success since day one. It allows us to flexibly and quickly respond to changes in the market”, says Manfred Klaus, Spokesman of the Management of the Plan.Net Group. “At Serviceplan we consider ourselves a part of the oldest incubator in Germany. People with good ideas, who want to accept responsibility, have always been getting the necessary support”, adds Klaus Schwab, Managing Director at the Plan.Net Group. “Our partner model, which allows committed colleagues the establishment of their own agency, is the best proof. This way we ensure that we remain future-proof as a company in the coming years.” New business areas are first created under the umbrella of the agency group, and when they are successful, they become a stand-alone unit. In this way, Plan.Net Performance emerged from Plan.Net Media in 2011, and in 2012 the E-CRM specialised agency Plan.Net Connect followed. Plan.Net Content Marketing and Plan.Net Business Intelligence were founded in 2015 from existing profit centres in the same fashion. In 2016 PREX Programmatic Exchange launched – like Plan.Net Business Intelligence it is a joint venture of the Plan.Net and Mediaplus Group.

Since then, PREX is responsible for the purchasing, accounting and optimization of all automated campaign components within the Serviceplan Group. With the acquisition of 12snap in 2013, the agency also expanded its expertise around mobile marketing. Furthermore, hmmh, one of Germany’s leading agencies for Connected Commerce, has been part of the Plan.Net Group since 2014.

Also, the Plan.Net Group has not only continually expanded their range of services at the head office in Munich. In addition to other locations in Germany, for example in Cologne, Hamburg or Bremen, Plan.Net has been building its international presence since 2005 on a continuous basis. After founding Plan.Net France in 2005, Plan.Net Suisse followed in 2008, Plan.Net Benelux, Middle East and Austria in 2010, and Plan.Net Italia in 2011 as well as Plan.Net Korea in 2017. Thanks to buying a share in Liquid Campaign in 2011, the group is also present in Moscow, Delhi and Beijing and further cooperations with partner agencies represent it in New York, London, Singapore, Tokyo and Sydney.

During the past two decades, the Plan.Net Group got many innovations off the ground and have received multiple awards for their work. The digital agency has won more than 300 national and international awards. One of the most successful works include, among other things, the WhatsApp-based language course WhatsGerman (2015), the campaign “HeadsUp!” for AOK (2015), Instagram’s first real sales campaign “Swiss Instagram Takeover” (2013), or “Troy Davis – I am alive“, which was realised in collaboration with Serviceplan Campaign for the non-profit association Alive (2013). Together with BMW Motorrad, Plan.Net Campaign developed “Eye-Ride” in 2014, the first virtual test drive with the help of VR-glasses.  In addition, there are many innovations from the media field: This way Plan.Net Media has developed and implemented countless new advertising means in the past years, like the first three-dimensional online campaign (2004), the first interactive wallpaper (2005), the Dynamic Sitebar (2008) or the Sticky Billboard (2016). In 1998, the agency implemented the first animated advertising medium for the BMW Group. Plan.Net received the first New Media Award in 1999 for their campaign “Herr Metz”.

A look back – Born Digital

To celebrate the 20th birthday, the Plan.Net Group is looking back. Under the theme “Born Digital”, Plan.Net Campaign’s film looks at milestones from two decades of Internet history: the development of novel technologies, emerging and fading trends, the best virals and much more. You can watch the video, along with additional exciting and somewhat curious facts about the history of the Internet at plan-net.com/20jahre (German only).

“The digital world is changing so fast, even trends, which had kept us busy only a few years ago, are no longer up to date. That’s why we wanted to use the occasion of our anniversary to review this development,” says Markus Maczey, Chief Creative Officer of the Plan.Net Group. “We not only want to celebrate ourselves, but especially all the highlights from the last 20 years. And even if you wouldn’t do a lot of those things any more today, or if you would do them completely differently, it’s the willingness to experiment and the enthusiasm that characterize this entire industry.”

Successful works from 1997 until today 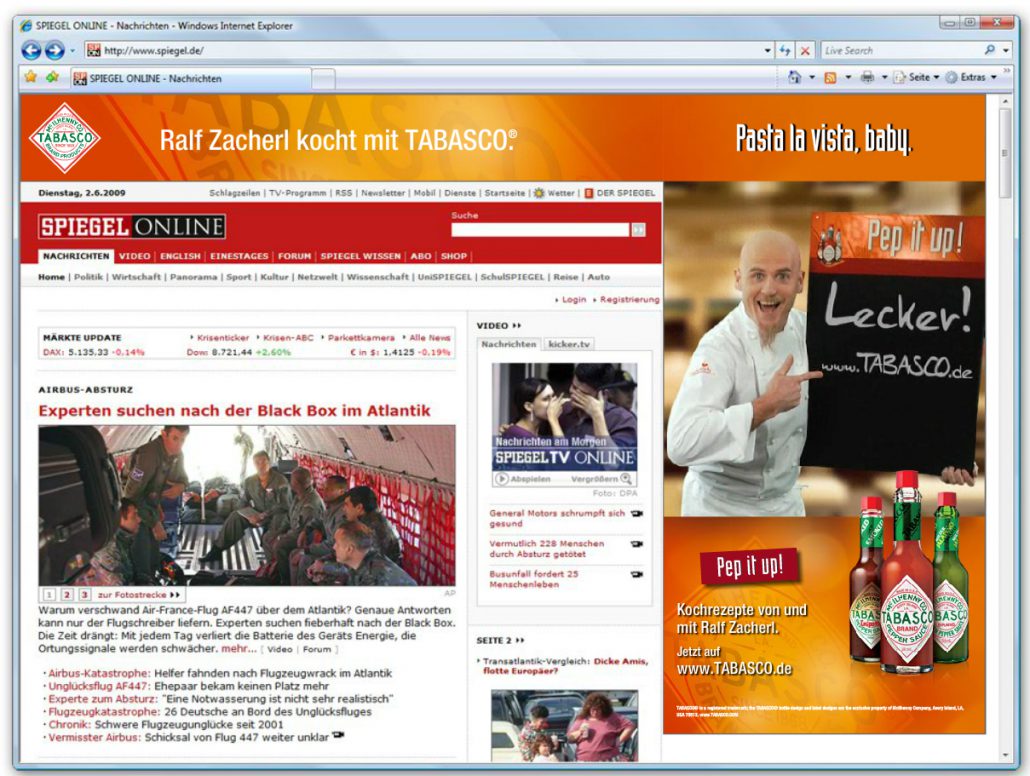 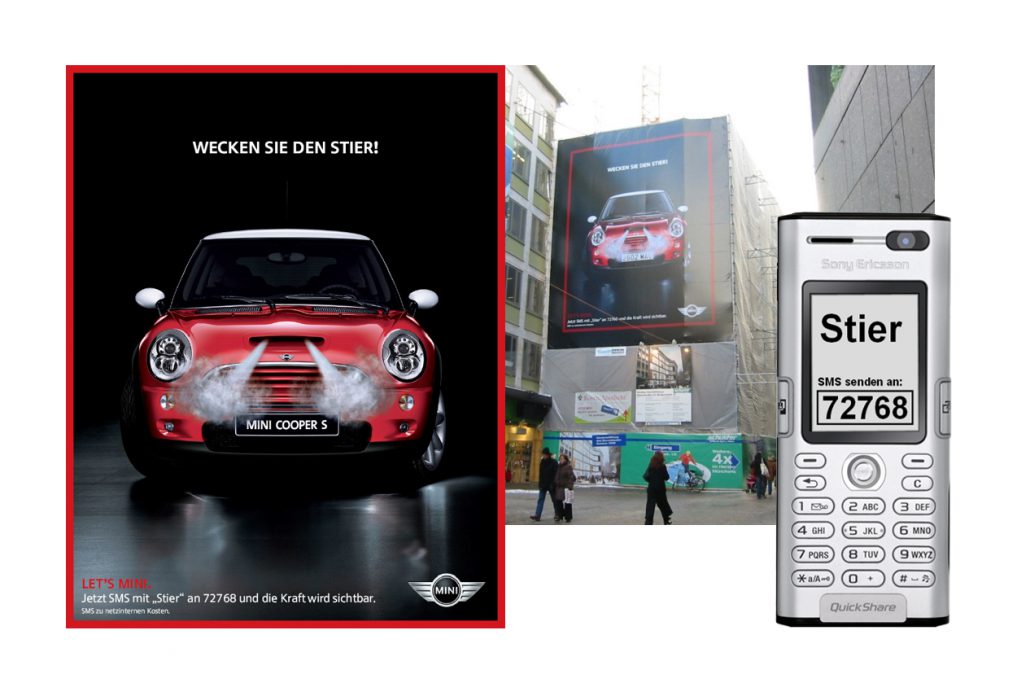