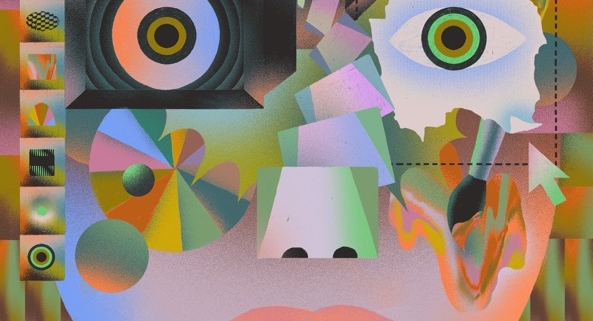 As designers we are always on the lookout for something new and unique: something that stands out from the crowd and grabs our attention. Constantly on the hunt for the “face” or the look with the potential to take brands into new territory. Fairly often, even if subconsciously, we return to what we already know. The following three blasts from the past will see a renaissance in 2019:

Posters for the tenth Adobe 99U conference in New York did not stand out at first glance, but caught the attention nonetheless thanks to an interesting hint of retro: two-tone, two-dimensional colour gradients transposed onto the simplest geometric shapes and a note of broken white as the background.

THE YOUNG ONES festival, taking place this spring, uses a similar low-key aesthetic. Even though the overall impression is more figurative, the look is still dominated by merging graphic colour gradients. In this case too, the viewer is left with a sense of intimacy.

If you start delving into design history, the origins of this “new visual idea” can be found somewhere between Art Deco and Functionalism – so around one hundred years ago. At the time, crockery with astonishingly forward-looking designs could be seen on many middle-class tables. Abstract and geometric spray patterns created using stencils adorned many manufacturers’ ceramics. Bright primary colours and incremental colour gradients characterised the appearance of emerging mass production. What once acted as a reflection of the leap into uncompromising modernity now, once again, appears very visually attractive because it comes across as slightly unfinished, rough and therefore artisanal and authentic.

It is no secret that, from an aesthetic perspective, responsive web design (RWD) comes across as a cost-effective, slightly lazy compromise between desktop and mobile variants. Nonetheless, technical use of this “forced marriage” can also create some attractive visual outcomes as for example on the website of fannymyard design. This new style, which some designers are now producing artificially, tends to originate from sources of error and the straitjacket of the limited technical options when using RWD. The forced wrapping of text and image elements in set stages during programming creates accidental collage-like mixes in which headlines may stick right to the edge of the image as on Julie Cristobals website or, as in a recent illustration by W. Stempler,  overlap with an image, but only halfway.

What was until recently an absolute no-no in design terms is now the new design paradigm for various campaigns and corporate designs. Here too, there are parallels with a wild period of the last century: Dadaism. The two most important characteristics of the revolutionary artistic movement consisted of nonsense and coincidence. Examples for their implementation are pictures influenced by Dadaism (to be seen here, here and here).

3. Brutal Design – the power of the ugly

While web design is still getting used to this new self-determination, poster design has revelled in “bad taste” since the 1950s.

However, the message remains unchanged: fighting convention to take a stand against the arbitrary, the pleasant and the interchangable. In the digital age, brutalism is very different from what we are used to seeing. Design’s new extremism is rewarded with the most important currency in our age of short attention spans: the viewer’s undivided attention. Stylistically, the look is characterised by complete minimalism, plainness, classic Hex colour codes in flashy colours, non-contemporary use of fonts and closeness to the traditional code optics as seen at modeselektor, Vicky Boyd, rutgerklamer and Officeus.

Typographical harmony, large-scale images, micro-interactions, carefully crafted navigational approaches or clear hierarchies: all the rules that we were taught to promote good usability fly out the window. You can think what you like about brutalism, but even its critics agree on one thing: compared to the website designs that we are used to, this design trend offers exceptionally short loading times. And that means conversion!

Why Coke is right on track

How to rebrand your logo and love it 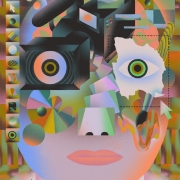 The inside story x 3: Masses of media instead of mass media – is the age...

So, what does an Experience Strategist do?
Scroll to top