Same same, but different: How to avoid pitfalls in international storytelling

Anyone developing an international storytelling campaign should definitely bear cultural and country-specific differences in mind – and always have the relevant background information to hand. After all, there are plenty of traps waiting to trip you up, as Markus Noder confirms in this fascinating article.

Just imagine you were on the TV show Family Fortunes and had to name six things that German people love. One of your answers would most likely be the popular TV crime show and essential Sunday viewing “Tatort”, closely followed by “Mallorca”, “cars”, “punctuality” as well as “football” and “currywurst”. But if the question was what Italian, Japanese or Canadian people prefer, your answers would probably look different – very different. And the same goes for when you are developing an international storytelling campaign. Something that emotionally moves a French person might leave a Brit completely cold, or vice versa. Every country – and therefore every culture – has its own trigger, an own understanding of humour and emotion that goes beyond clichés and preconceptions. Plus the fact that symbols and situations could possibly be misinterpreted. The most well-known example of this is a nod of the head as a response: a sign of agreement in this part of the world, but in India, for example, it means no. Same same, but different. One thing is certain: on a quest to find the perfect story, there are a lot of pitfalls you should try your best to avoid.

Insights: The key to consumers

Cultures, in the broadest sense of the term, are the common denominator of the inhabitants of a certain region – even if these are no longer set in stone in the age of air travel and globalisation. The boundaries of identity are blurred. Each individual has their own concept of it, which will often overlap within country-specific groups. If these prerequisites are combined with storytelling, which is intended to entrench the brand message more deeply in the minds of existing and potential customers by emotionalising the product, it is important that you are familiar with and respect cultural differences. This is particularly advisable due to the fact that customers’ attention is limited and it’s becoming harder and harder to get a piece of it. If you want to appeal to your target group, you have to work out how to enter their personal cosmos.

Advertisers face myriad challenges. In India, the sheer size and diversity of the country poses a hurdle; in Finland – the country of coffee drinkers – it might be difficult to make consumers enthusiastic about tea; while the contrasts in Russia are enough to make you dizzy. The hurdles are as different as the countries they appear in. Sometimes they are more cultural, sometimes more technical, or of a political nature. Three examples from Europe, the Far East and the United Arab Emirates show how to bypass cultural icebergs and create successful storytelling campaigns.

France: How to advertise cars without showing them driving at high speeds

It’s quite difficult to advertise cars in France as it’s against the law to show fast-driving vehicles there. What pops into your head when you think about car commercials? Probably an SUV filmed from a bird’s eye’s view, racing around a curved road at high speed in the windswept Scottish Highlands. That kind of ad would primarily appeal to car enthusiasts who have a thing for cars with a lot of horsepower under the bonnet and that can reach high speeds on the motorway. But none of that is possible on French television. So, as you can see: advertising and storytelling certainly aren’t easy feats in France.

And here’s why: the influential Autorité de Régulation Professionnelle de la Publicité (Professional Advertising Regulation Authority), which has to be consulted for every type of commercial. An advertisement is only legal and may be broadcast with the approval of the ARPP. This is obligatory for both TV and cinema ads. Safety on the roads has been a hot topic in France for many years now so, together with the Road Safety authority, specific legally binding rules have been drawn up for automobile advertising.

Here’s an overview of the most important points to consider:

The most important point is No. 1. But each of these examples can be a real obstacle when developing a storytelling campaign. So in order to find solutions, we often find ourselves in intensive dialogue with the ARPP.

Here are a few examples. A very fast, dynamic editing style can be perceived as high speed, even if all plans are legally permitted. The sound effect of the engine often has to be reduced to slow down the perception of speed. As we aren’t allowed to show any violations of the road traffic regulations, the cars in commercials may not be seen driving faster than 130 km/h, the maximum speed allowed on French motorways. Metaphors can also cause problems: if, for example, a car is being followed by a plane, it could be associated with high speed.

Even if you don’t own a cat or a dog yourself, you will no doubt come across pets on a daily basis, whether on television, social media platforms, in magazines or on the street. Pets are icons. Just think of Grumpy Cat, who is meanwhile supposedly raking in more earnings than football legend Cristiano Ronaldo. The world of advertising discovered this a long time ago. Pets are meanwhile not only gracing campaigns for products designed for our four-legged friends, but also campaigns promoting all kinds of products, from tissues to insurance or cold drinks. Buster the Boxer even starred in a viral Christmas ad. In 2016, 13.4 million cats and 8.6 million dogs were living in German households – a number that is continuing to rise. Cats, dogs and other pets are key to capturing our hearts and therefore so suitable for storytelling.

Animals increase the connection to potential customers: after all, who wouldn’t fall for the cuteness of a furry friend? There aren’t many of us. And this is where we come to the root of the problem: in addition to the fact that many people prefer either dogs or cats (or reptiles), there are countries where dogs are completely out of the question for advertising. A commercial starring an animal protagonist would therefore have exactly the opposite effect in the United Arab Emirates than it would here.

Even though canines are generally accepted as pets or, depending on the country, more or less tolerated in many countries in the Middle East, in cosmopolitan cities like Dubai in particular, showing a dog in advertising would be a huge faux pas. That’s because they are regarded as ritually impure animals in Islam. Even though you will see families with dogs on the streets, don’t even think about showing them in a campaign. That would be seen as ignorant and offensive. Show that you have understood the cultural differences and idiosyncrasies. Keep your eyes open. Which client would commission an agency lacking in tact? Probably none. Preparation and extensive research form the basis of a successful campaign.

China: Use WeChat! We what?!

It’s not only other customs in other countries that make it hard to get your storytelling across, but also habits. No doubt you also belong to the 1.3 billion WhatsApp users worldwide. That wouldn’t be surprising considering the app is the most popular messenger service in Germany. We use the service to send texts, voice messages, videos and photos. But things look completely different in China where the WeChat app is preferred by the wider masses. And not just to communicate with each other, but also to pay bills, get vouchers and find suitable restaurants. There is a whole ecosystem behind it so the Chinese are already way ahead of us in this respect. Welcome to the future!

If there’s one word that aptly describes China, then it’s “change”. It’s obvious that China will soon be number one in the world in a number of disciplines. The country is already the decisive growth guarantor for many industries. Its transformation from investment-driven growth to a continuous increase in domestic consumption is a clear policy driver for the Chinese government. After the USA, China is already the second biggest advertising market in the world. For advertisers this means that the budget allocation has to be smartly planned and aligned with individual communication disciplines. And they have to find new ways to reach the consumers. The requirements for this are a deep understanding and current knowledge of the market, target groups and media. So you not only have to keep an eye on national customs and idiosyncrasies, but also on how the individual cultures communicate. Only if you have a detailed insight of where your target group is spending time – both online as well as offline – can the planning and implementation of your storytelling campaign become a success.

Successful brand communication is therefore based on extensive knowledge about and an understanding of the customers’ culture. A healthy dose of global equality and local differentiation has to be defined and maintained – so you can move beyond the usual stereotypes. If you manage this balancing act, you will be perceived as an outstanding brand, no matter which country you’re advertising in. 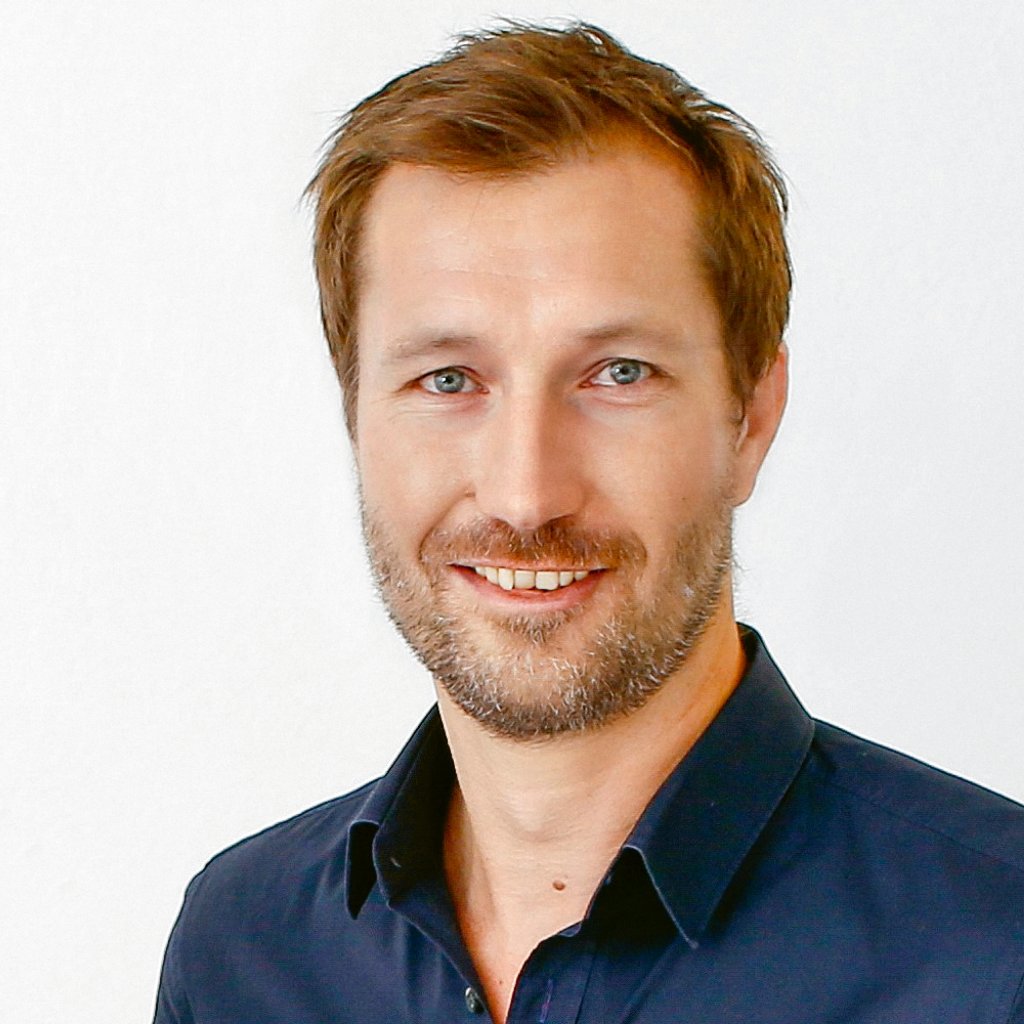 As the Managing Partner of Serviceplan International, Markus Noder has been responsible for the internationalisation strategy of the Serviceplan Group since 2011. To complement the German locations of Munich, Hamburg, Bremen, Berlin and Cologne, he oversaw the addition of new Houses of Communication in Vienna, Zurich, Paris, Milan, Brussels and Dubai, as well as offices in Moscow, Delhi, Beijing, Shanghai and Seoul. To fulfil his internationalisation mission, Markus spends 200 days a year travelling around the globe. In all of the Serviceplan Group’s locations, his goal is to develop Houses of Communication that unite all communication disciplines under one roof. Markus is the quintessential global citizen. His home? The whole world! 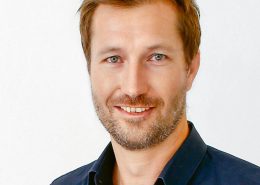 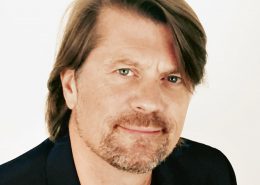 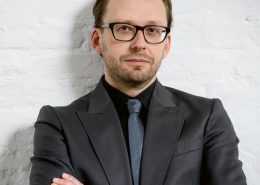