As a result of rapid social and economic change all over the world, individualism is on the rise everywhere, especially in large growth markets, which up to now were characterized by a rather collectivist mentality. The drivers of this change are better income and an expanding middle class in large parts of the world. Consumers are enjoying to finally catch up with Europe and North America. They want to make inspiring and fascinating experiences. They want to make up for what was once an impossible dream. Along with disposable income, demand and the strive for independence are growing. This means that emotional factors are increasingly coming into play on top of purely functional aspects as a factor for consumption that is aimed at demonstrating social status, individual taste and being part of the “global village”. The level of individualism, though, still varies from country to country. Successful brand differentiation must therefore address these factors, if international brand development is to succeed. The way this works is described in detail in our new Springer publication “Successful brand development in the major emerging markets”, written in German, by Niklas Schaffmeister (Managing Partner Globeone) and Florian Haller (CEO Serviceplan Group).

No contradiction: emotionality and functionality must go hand in hand

Marketing scientists and managers have known for quite some time that successful brand differentiation can also be achieved by emotionalizing the brand, which addresses the trend towards individualism. The emotional benefits that brand consumption promises must be linked to the brand identity in a way that reflects the self-image of the target group. Like people, brands have an identity consisting of personality traits, values, a vision, competencies and brand origin. It is important to integrate the emotional personality traits into the functional benefits associated with a brand. The ideal watch should not only look beautiful, fit and function reliably, but also emphasize the personality of the owner. The ideal handbag for women should not only be easy to wear, but also underline the fashionable individuality of the woman. Particularly in industries where functional differentiation is more or less exhausted, emotional differentiation can make all the difference compared to the competition.

How Adidas increased its market share in the women´s category

As one of the leading sports brands in China, Adidas was faced with the challenge that Chinese consumers felt less and less addressed by the more masculine-oriented brand communication of sporting goods manufacturers. Market surveys had shown that Chinese consumers rather rely on the factor of fun and bonding power – i.e. the shared experience with friends and acquaintances – during sporting activities. With the “all in for #mygirls” campaign, Adidas therefore developed a campaign aimed at using this high value of friendship in brand communication. The campaign communicated the fun, the bonding power and the “coolness” factor of sport. Messages that brought the sense of togetherness to the fore were at the heart of the campaign. With the well-known Chinese singer Hebe, Adidas was also able to win a high-profile brand ambassador, whose passion for sport and dancing was well received by the target group. In the campaign commercials Hebe was staged with her “sisters”, i.e. with women practicing sports together. The TV commercials all ended with Hebe speaking directly into the camera: “These are my sisters, what about your sisters?” The campaign, which was played out cross-media and accompanied by various events, led to an increase in sales of 40% in the Adidas women’s category and, in addition, actually inspired Chinese consumers to more sporting activities (studies have measured an increase of 3.45%).

In general, foreign brands enjoy an advantage particularly in larger growth markets. Due to their reputation, they are generally more likely to serve the emotional needs of consumers. A pronounced self-confidence or the will for self-expression and self-development promote an emotional expectation among consumers towards these brands. Durability, good quality and functionality are still important criteria, but they are increasingly complemented by factors such as attractive design and other aspects that serve personal enjoyment. This phenomenon varies from consumer segment to consumer segment: This individualization trend and the growing need for an emotional appeal can be observed especially among younger generations who have grown up with social media, as well as in higher income households.

The worldwide trend towards individualization marks a paradigm shift in brand communication. Ideally, the strongly fact-oriented product communication is supplemented by a fascination level that appeals to the emotions of consumers. Against this background, more and more companies are defining a purpose – a higher corporate purpose – for their brand communication that is intended to cover exactly this level of fascination.

Successful internationalization of brands – It's all about the right start! 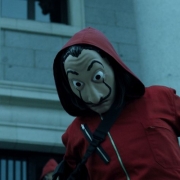