When it comes to programmatic advertising or marketing automation in general, media or technology experts usually lead the discussion, while creation often remains sidelined. However, in a world of advertising where computers are increasingly performing control-based processes, creation is an important criterion of differentiation for brands and businesses and should not be considered as separate to the technical implementation.

In the key discussion regarding programmatic advertising and marketing automation, the market is driven exclusively by technology and media experts. So far it simply hasn’t been necessary in creation to speak about technological solutions.

However, avoiding the modern opportunities for advertising certainly isn’t a solution with a future. Creative minds should know and use the possibilities for involving new technologies such as programmatic advertising – even if it isn’t their main task to promote the standardisation of advertising media or the measurement methodology of online videos on Facebook or to discuss interface problems between DSPs and SSPs. But they do need to develop an idea at the beginning of the process that will surprise the market and that isn’t expected. Only once this umbrella idea for a brand or product has been developed is it possible to meaningfully engage automation in marketing.

The greatest hurdles for programmatic creation lie in everyday work. This is because advertisers’ briefings for media and creation are unfortunately rarely coordinated with each other. Completely different objectives are frequently formulated for the two areas – depending on whether the aim is to achieve something for the brand or for sales. Furthermore, media and creation are usually different departments (both for the customer and the agency) that don’t always communicate with each other. How exactly the creative process works in an agency and in cooperation with the advertisers strongly depends on how the campaign planning is organised. The areas of strategy, media and creation are usually involved. If one of these areas starts the work on its own or dominates the planning process (which is usually the case) then at least one department is often dissatisfied.

Anyone wanting to advertise successfully in the programmatic age should try to engage all those involved at an early stage and incorporate all their perspectives. Creative minds need to understand how algorithms work and how media people tick. While media needs to realise that creative individuals have an emotional connection with “their” motif and that it isn’t just any old piece of cargo. Only in the symbiosis, in the understanding that the other group also has a very important contribution to make, do we get an end result with added value and a meaningful strategy. The foundation for this approach in the future should be for creation and media to have a shared budget. If, for example, creation addresses users with more target-group-specific advertising and varying motifs (and requires more time and money to do so), this money can then be saved from the advertising effect and the media budget can be lower.

As a first step towards finding a common solution, advertisers should precisely define what they expect from their communication or campaign. Ideally, marketing, media, sales and other stakeholders should get together for this and formulate clear targets for creation, strategy and media. After all, only once a good strategy has been decided upon and a compelling creation developed can programmatic advertising and automation demonstrate their strengths.

This article was published at Arabian Marketer.

Amamzon: The Rise of the Marketplaces: What's in Store for Retailers

Why mobile programmatic does not yet use its full potential 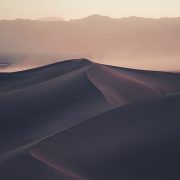 The Coronavirus Crisis As An Accelerator of Digitization: How Companies Must Act Now – An E-commerce Opportunity
2 replies

You won’t need a turtleneck to be creative