And even though a lot of people spent the first few weeks and months mostly hunkering down in their own four walls, this crisis created a new sense of togetherness. A new ‘we’ that manifested itself not only but predominantly in the social media. And with that, Facebook, Instagram, etc., got back to doing what they had originally set out to do: bringing people all over the world together and giving them the opportunity to interact and network. A wonderful idea that seems to have fallen by the wayside in recent years in the relentless pursuit of clicks, likes and sales.

But due to coronavirus-related contact restrictions and the resulting social isolation of huge swathes of the global population, the intensity of social media use has risen sharply. In a survey, 18 percent of Germans over the age of 18 admitted that they were using Facebook more during lockdown; and Instagram saw even more of a significant growth among 48 percent of 18 to 29-year-olds.* People were increasingly turning to the social web to find out about and discuss the daily news and to keep in touch with others. And – in later phases of the lockdown – to seek distraction and diversion, to take care of others or to show solidarity.

But this new approach to using social media actively and passively was not the product of a smooth and gradual evolution. From the time the first cases were reported in Germany to the lockdown and the ‘new normal’, people’s usage behaviour changed – and can be divided into five phases:

“Stay home, stay safe.” This slogan defined the first weeks of lockdown like no other. The police patrolled the streets of big cities, blaring warnings through loudspeakers and instructing citizens to stay inside their homes and only leave in urgent cases. The disconcerting feeling of an invisible threat began to spread – and raised a multitude of questions: Is my city also badly affected? Just how contagious is the virus really? Am I allowed to leave my home to go food shopping? What happens if I need to go for a test? Do I need a mask, or is it best not to wear one? In the initial phase of the lockdown, news websites and the accounts of official authorities experienced an unprecedented boom. Facebook – which has long since morphed from the original ‘book of friends’ into a digital newsfeed – also profited here. And what better place to post teasers on a situation that was changing by the hour than Twitter, where, for example, the German Ministry of Health’s account increased its number of followers to almost 200,000 – with no advertising or promotion at all.

Phase 2: In search of community

In phase 2, a lot of brands used the social web in a very different way, forcing classic advertising to take a back seat for the first time. Brands were putting more of a focus on content that either added value for people, promoted a sense of community or made lockdown life easier.

One example of this was the activities instigated by numerous health and fitness brands: regular live sessions with top trainers via Instagram brought the gym into our homes – and gave us a feeling that we were being active together, despite the many contact restrictions in place.**

And even celebrities were committed to getting fitter, despite being in lockdown. Under the hashtag #StayAtHomeChallenge, the internet community shared their most creative ideas for exercising at home – including famous football players like Jérôme Boateng and superstar Neymar.

German supermarket chain Penny***, on the other hand, chose to focus on solidarity and community. Facebook became a place to recruit fruit pickers to help fill the shortage of workers from abroad, to organise help and grocery shopping for elderly neighbours within apartment buildings and to call for applause for key workers, the “everyday heroes” of the pandemic.

Many brands used this new field of action on the social web to raise their own brand profile and position themselves for the time after the pandemic. The tired notion of “creating purpose” is given a new lease of life in times of crisis. It’s all about attitude, about solidarity, about being part of the community as a brand – and using the power of your own reach for the common good. And anyone who acted smartly here stood themselves in good stead.

The brands’ actions were observed very closely by consumers. Companies that were only acting in their own interests, that were searching for legal loopholes in the new legislation, or that simply carried on advertising regardless were penalised without hesitation. Like several major retailers, for example, who announced their intention to defer rent payments for their store premises in order to remain solvent in spite of coronavirus-related closures. A decision that had serious consequences: customers appealed online for boycotts of their products and a huge backlash erupted on the brands’ social media profiles. This caused some of the companies to backtrack and announce that they would be paying their private landlords after all – but the damage to their image, on the social web in particular, was already done.

“Can we talk about something else, please?” After a while, this sentence started cropping up more and more often in conversations. A completely normal reaction in times of crisis: people accept the things they cannot influence, and long for normality and some semblance of everyday life in a world gone strange. While at the beginning we devoured the news, reading every article on all relevant news portals and looking forward to the next applauding of frontline workers, phase 3 of the crisis was defined by a desire for distraction, which people hoped to find in their social media newsfeed. Amusing videos of dogs over the moon that their beloved owners were now at home with them all day proved particularly popular. Users were also taking photos of empty toilet roll shelves in supermarkets and collectively wondering why yeast was flying off the shelves. And something else was new: for the first time we were acknowledging the crisis with humour. Countless memes about piling on lockdown kilos or recipe tips for the best banana loaf started doing the rounds. The popular hashtag #coronahaircut showed the failed attempts at replacing a visit to the salon by reaching for the kitchen scissors at home****. In the first two months alone, there were more than 8,000 posts under the hashtag on Instagram.

Phase 4: Fake news on the rise

But this increased consumption of social media soon also revealed the dark underbelly of these platforms. Nowhere else can conspiracy theories be spread, distrust fuelled, or fake news proliferated better than on social media. Very early on, the spread of the global virus was accompanied by rumours and fake news, with the WHO even issuing warnings about an “infodemic” of misinformation.

Facebook announced that it was seeing a “significant rise in the number of forwarded messages, which could also contribute to the spread of misinformation”. As a response to this, they promptly limited WhatsApp’s forward function for frequently shared posts in chat groups. Users could also send news items to a kind of fact-checker organisation to determine how much truth they contained.

In May, Twitter also reacted, after the fake news reports started getting out of hand. “Tweets with contents that are deemed by experts to be misleading or factually incorrect and that could cause harm to people will be deleted*****,” announced the company. In the future, contents will have to be clearly identified with a trustworthy source in order to pass the test.

But the battle against fake news is far from being won: telling the difference between fake news and genuine news – even today, many months after the lockdown – is one of the most important challenges faced by platform operators, news portals, but also consumers of news.

Phase 5: The new sense of unity?

New forms of digital communities, cooperations and collaborations are popping up everywhere and giving us a warm and fuzzy feeling. We are organising Facebook groups to help people in the community, using WhatsApp groups to arrange music performances for the healthcare workers in hospitals and posting our own encouraging statements on Instagram while calling on our followers to do the same.

People living on a street of terraced houses in the German town of Bamberg released their own personal rendition of “Bella Ciao” to provide comfort and show solidarity to the people of Italy, who were hit especially hard by the pandemic. Under the hashtag #nachbarschaftschallenge (#neighbourhoodchallenge) on Twitter, users in Germany called on others to support the elderly or ill by doing their grocery shopping or running other errands for them.

And if we were to examine the number of times the phrase “thank you” cropped up in social media, we would see a significant increase from February to March. We have been thanking people in care professions, doctors and nurses, supermarket employees – or just the friendly neighbour who did our shopping for us.

So the new ‘we’ is all the rage right now. A social togetherness in a time in which everyone seems to have the same invisible enemy, an enemy that doesn’t differentiate between men and women, poor and rich, white and black. This is uniting us and making us feel a very strong sense of solidarity. But how sustainable is this new culture? Will this solidarity also remain after the acute crisis – once we have got used to the ‘new normal’ and have returned to our busy everyday lives?

If we take a well-known example from Jean-Paul Sartre’s work “Critique de la raison dialectique” (Critique of Dialectical Reason), there are justified doubts: the book tells the story of a group of people who wait for the same bus every day. Always the same people in the same place at the same time. They don’t speak to each other, each of them waiting on their own. They don’t even acknowledge each other. But then one day the bus doesn’t come. For the first time, the people have to reach out: they take action, get creative, offer help – and work together to find a solution. If we take this story a little further, we inevitably have to ask ourselves the question: what will happen when everything gets back to normal, when the bus departs at its regular time again the following day?

It is definitely possible that this sense of community will last, that the newfound bond with family, friends and neighbours will remain. And social media could play a significant role in maintaining some of that, or at least a friendly greeting at the bus stop in the morning or a helping hand getting on the bus. Because these media offer virtual spaces for interaction in a time when collective action in a traditional sense is not (yet) possible. Social media have a huge influence on how we experience our everyday life – they open up opportunities for shared experiences with people, regardless of whether we know them or not. And in times of crisis, such experiences take on an enormous significance. They stabilise us and give us support – and allow us to look more optimistically towards the future. So what are we waiting for? Let’s make the most of this opportunity!

This article first appeared in TWELVE, the Serviceplan Group’s magazine for brands, media and communication. In the seventh issue, you will find further inspiring articles, essays and interviews by and with prominent guest authors and renowned experts centred around the magazine’s theme “Rethink!”. The e-paper is available here.

* Source: MEDIAPLUS | Insights.​ Question text: To what extent has your media usage changed as a result of the coronavirus? 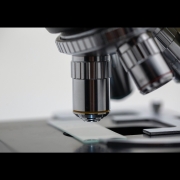 “We are a learning organisation”

“The CMOs will make the difference”
Scroll to top