In a future cookie-free advertising landscape, browsers and operating systems will become the gatekeepers of digital marketing. This has serious consequences – much more serious than most people are aware of so far.

Who will decide in the future what advertising we see in the digital universe and when – a few gatekeepers? Or do we want to keep market access more open in the democratic or market economy sense? We are currently facing important questions and setting the course. These conversations will probably have a major impact on digital marketing in the next two decades. And most of us may only have an inkling of what’s in store for them.

How did we actually get into the current situation? The short summary: Too much blingbling on the websites, too many trackers and a too high nerve factor of the buy-me-retargeting. Maybe we as an industry simply overdid it a bit. In response, users have installed adblockers and the legislator has reacted with the DSGVO. The politicians meant well but did it badly! Because now our European or German data protection is absurdly leading to the fact that we are promoting global data oligopolies. These massively restrict our scope for action and our economic opportunities. The fact that “A world without cookies is already a first good step”- as Jürgen Scharrer recently commented in Horizont – I personally consider to be a very naive view. The opposite could be the case: “Cookies out” means “GAFAs before”! The loss of cookies strengthens data oligopolies, maybe even a data monopoly.

On the way to a data oligopoly: Few drilling platforms with exclusive rights

If data is the new oil, then – if we are not careful – a few large US digital “oil companies” will own the sources in the future. With only a few rigs, but very exclusive production rights. I think many in Germany and Europe have not yet really understood the true dimension of this upheaval. Google, in particular, has been very clever strategically in this game.

In the first stage, the attention of regulators was focused solely on the “evil” third-party-cookie. Log-Ins, which contain much more extensive rights to data that can be perfectly linked together across devices, were left out.

Stage 2 presents a solution to a problem that only arose in stage 1: the current DSGVO reality with its content solutions is far too complex and lacking in transparency, both for users and companies. The perfect starting point for Google: Because now in the second step – as the saviour on the white horse – Google is approaching with its initiative of the “Privacy Sandbox”.

And from both a technical and organizational point of view, this is a very interesting approach: a central office that collects and manages all data. An end to the completely confusing sea of service providers who are involved in every opt-in process and who, in the end, can no longer be really controlled. And thanks to Google there is already a suitable infrastructure. The browser or the operating system for mobile use. We are told that the digital advertising world would become simple and controllable again.

But we shouldn’t fall too quickly into the convenience trap. If the market only uses the Google solution just because it is simple, faster and apparently easier, it could permanently block the free path to data. And with it, all opportunities in the future to set up and implement their own business models linked to more extensive data.

The question of what comes after cookies is so fundamental because under the guise of data protection, a new technical infrastructure is to be created that will shift the usual balance of power in the World Wide Web even further to our disadvantage. In a third-part cookie-free Internet, browsers and operating systems become the central gatekeepers. This changes the nature of the web. In the future, few gatekeepers want to decide what kind of data is available to advertisers, agencies and publishers. And thus, also who can refinance themselves to what extent.

The browser becomes a black box. Everything that is important in terms of data and information for meaningful targeting is measured and generated behind closed doors. If one reads Google’s statements more closely, it seems to lead to a situation that we already know in principle from the video portal YouTube among others. Advertisers learn whether they reach their target groups. But in the future, they will no longer be able to track and verify the results themselves. Only YouTube collects the performance data as well. Control? Hardly possible. What was once an open system based on the division of labour, is now a centrally controlled Internet with a completely different character. In this system, one person in particular learns and optimizes: the gatekeeper. This makes it extremely difficult for us as media agencies to externally monitor performance and adapt existing strategies. Creative in-house developments are no longer worthwhile because the gatekeeper decides which set of data is made available.

Of course, you can accept this attractive offer from Google. One should only be well aware of the possible consequences. Because afterwards, nobody should claim they didn’t know.

The Internet is just the beginning, mobile follows and TV is coming soon

Online the weights have already shifted. That’s just the beginning, because in today’s digital ecosystem, everything is connected to everything else.

The largest browser, for example (Chrome), belongs to the globally dominant advertising network Google. And Google also provides the dominant mobile operating system – Android. From this perspective, the oligopoly of browsers mentioned at the beginning quickly becomes a duopoly of operating systems with a rather small player (Apple with iOS) and an overpowering player (Google, for example, has a 76 percent market share in Germany with Android). And it will by no means remain with desktop, laptop and smartphone. This expansion of operating systems will have consequences for advertising on all screens, especially television. As a result Google, a company with a market share of around 80 percent in the western world, would dominate the two largest advertising media worldwide because it controls its revenue processes.

The discussion about cookies, browsers and operating systems is therefore not only an issue for the Internet in the narrower sense, but ultimately affects our entire media and advertising landscape. It is also a cultural debate. Perhaps even the most fundamental one we are currently conducting. It is about refinancing the content that is the basis of our democratic society. Do we regard the Internet as a public space, with the possibility of participation by many citizens and companies? Or is it becoming a purely economic infrastructure dominated by one or a few US corporations?

It is high time that we in Germany and Europe intensify this debate. We Germans, in particular, sometimes tend to lose ourselves in debates about the industry that are too small-scale. It is time to think bigger together and develop serious alternatives! 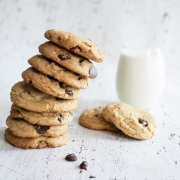 The Opportunities of Digitisation
0 replies

Want to join the discussion?
Feel free to contribute!

The Media Agency of the Future