“We compete with (and lose to) Fortnite more than HBO,” Netflix CEO Reed Hastings wrote in a letter to investors at the end of 2018, pointing out that gaming, far more than cable TV, will be a major competitor for Netflix in the future.
The video game industry is posting record-breaking revenues year after year and attracts players across all demographics on every device, from dedicated gaming consoles to personal computers and smartphones. The more gaming is growing, the stronger a contender it becomes in the fight for three scarce resources of our modern, connected world: time spent consuming media, audience attention and share of wallet. And it’s not only about gamers playing themselves – the e-sports industry is also growing massively and watching professional gamers compete in tournaments has become a popular source of entertainment for many interested in the medium.

However, one of the biggest shifts for the industry is looming on the horizon, a change so significant to the established ways of doing business, that gaming might never be the same again, neither for hardware makers and game developers, nor for the players.
Shortly before this year’s E3, the gaming industry’s annual trade show in Los Angeles, Google announced its plans for a new type of gaming service: Stadia. For decades, video games were distributed on physical storage media like cartridges, DVDs, Blu-Rays and later online downloads, to be installed and played on powerful hardware in the form of consoles and personal computers. Stadia is Google’s attempt to change this by moving gaming into the cloud.
Games will be streamed over the internet to any device with a screen that has an internet connection and is capable of running Google’s Chrome web browser or compatible with Google’s streaming technology Chrome Cast. All the heavy lifting in terms of graphical computing and processing will happen in Google’s data centres.

What is rather trivial for a linear content like a movie or piece of music, is a lot more complicated for the medium of games. Unlike movies or TV shows streamed from Netflix and other services, games rely on rendering their environments in real time, constantly adapting to player movement and viewing angles. Additionally, they require precise player input through controllers or a mouse and keyboard that must be reflected on screen with minimal delay. The massive processing and networking infrastructure required is something only a handful of companies can provide, Google being one of them.
The benefit for the players is that they no longer need to purchase expensive gaming computers or consoles to play the best-looking, most complex games, but can simply stream them to their TVs, tablets, laptops or even phones.

The business model behind Stadia, which will launch in November 2019, requires users to pay a monthly subscription fee to use the service. And this is where things get complicated. Unlike video or music streaming services, Stadia will not launch with a wide catalogue of old and new games, but a very limited selection of mostly older titles that are included in the monthly package. If players want to access other games as part of the service, they will have to purchase individual games digitally from the Stadia store or pay publishers such as French company Ubisoft a monthly subscription fee to gain access to their catalogue of games.
In a market where numerous large game publishers and hardware makers are already in fierce competition over gamers’ wallets with myriad subscription services to gain access to publisher games catalogues, microtransactions for in-game items, fees for online multiplayer and the purchase price of many games themselves, it is questionable whether Stadia can succeed without going the traditional route of platform owners gaining a market share in the gaming industry: exclusive games and discount pricing.

All major console makers own several development studios that are creating games exclusively for their platform and, in Microsoft and Sony, pay hefty sums for timed exclusivity for high-profile third-party titles. Another tech company that recently adopted the model of selling exclusive games for a subscription fee to interested audiences is Apple, their service Apple Arcade is launching later this year.

In the meantime, Sony and Microsoft are also working on cloud-based gaming platforms which are expected to launch along the release of the next generation of consoles. Sony has even entered a strategic partnership with Microsoft to develop their own future cloud gaming solutions based on Microsoft’s Azure cloud technology – a move that would have been unthinkable only a few years ago, but new competition in the gaming space seems to foster new alliances.
The streaming future of gaming is not without obstacles, however. The traditional core target group of gaming enthusiasts is growing increasingly frustrated with the fragmentation of platforms, exclusivity of content and publishers transforming their games from a one-time purchase to service-models with the aim of increasing long-term revenue through microtransactions and paid additional content.

Although the same cannot be said of movies and music these days, many gamers still feel the need to “own” the games they paid money for, instead of simply buying the right to access them temporarily through a streaming service. And as the younger generation of players grew up with mobile games and free-to-play titles financed through microtransactions, it is uncertain that a streaming service with fixed costs and more traditional games is even attractive to them, especially when pitted against the many different forms of competing entertainment available. As much as Netflix sees games as a competition over its audience’s time, attention and money, games face competition from video and audio streaming services as well.

It will be exciting to see how the industry transforms over the next few years and if streaming and subscriptions are truly the future. The thought of being able to play any game, anywhere on any device without having to buy a console or PC is certainly appealing. Even ad-supported models don’t seem to be too far-fetched in this scenario, which would provide attractive opportunities for brands to reach young and affluent target groups. If the industry is successful in bringing their core target groups with them into a streaming landscape and if ease of use and lower cost of access can even attract new target groups, gaming could cement itself as the leading form of entertainment among younger target groups for many years to come.

The most relevant SEO News for June 2018

The most relevant SEO News for February 2019 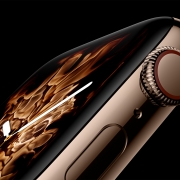 The most relevant SEO News for December 2018

Deep Dive: Beyond Beyond Meat