At 40 degrees in the shade, Germany’s favourite pastime – watching television – is suddenly becoming irrelevant. A shame, because just as the summer heatwave is setting in, the relationship between TV devices and search engines is being newly configured. Find out why this is, and why special consideration should be given to voice-based search technology when it comes to younger and older target groups, in July’s edition of SEO News.

As we swelter our way through the summer of 2019, the global economy is beginning to look distinctly overcast, with world export champion Germany particularly badly hit. These developments force many companies to review their spending on marketing and advertising. Digital advertising channels provide the advantage (at least in theory) of permitting a direct comparison between costs and benefit, with the price of a conversion or ROI and ROAS with respect to budget allocated being generally straightforward to plan and calculate. This is less easy in the case of TV campaigns, however, which have an extensive reach that cannot be assessed with the same precision.

That’s why it’s in the interest of the advertising industry to start paying closer attention to the interplay between the two channels, in order to explore possible synergetic effects.  Although the question of how TV/display devices and search engines impact on one another is by no means a new one, the interesting thing is that both organic and paid searches are increasingly coming to be seen as the link between a sometimes diffuse TV impact and a company’s actual turnover.

Calls-to-action as a tool for generating higher demand

As New York trade journal Digiday reports, increasing numbers of American companies are beginning to examine their attribution models in order to establish how their TV presence is reflected in organic search requests and in the performance of their paid search campaigns. An increase in search requests for brand terms in particular can be stimulated not only by increased investment in TV and display device campaigns, but also by direct cues to search such as “Just Google XYZ”, or “Search for XYZ”, which can significantly increase search volumes via conventional media channels, the report reveals.

Although this creative approach has been in use for some years in the USA and the UK, in Germany it remains the exception rather than the rule. The setup enables analytics data from searches to be harnessed to optimize cross-media campaign planning throughout the customer journey. The approaches that enable conventional high-reach campaigns to stimulate awareness can be measured in the form of changes in search volumes, and the cost of paid search conversions used in turn to deliver the TV campaign’s ROI/ROAS. Sustained SEO work also enables newly-gained organic search volumes to be directed to landing pages with high conversion rates in a targeted way. This makes it possible to ensure an optimal user experience all the way from couch to conversion. As agency Mediaplus has established in a joint study with SevenOne Media and Google, similar advertising effects can also be achieved with the help of Google’s video search engine YouTube. This is why it’s high time that the long-standing competition between marketing siblings TV and search engines was ended, so that tight budgets can be used more effectively and efficiently in times of economic difficulty. After all, family needs to stick together.

Even in an industry as latently hypereuphoric as ours, the tense hype about the possibilities and blessings of voice search technology has finally given way to a sober realism. We’ve pointed out here many times in the past that voice search is little more than an extension of the human-machine interface for search engines, and that its substantive developments in terms of new forms of interaction would most likely be unable to satisfy the high expectations surrounding them. As is now being reported, the expert prediction that by 2020 around 50% of all search requests will be made using voice technology was simply the result of an incorrect interpretation of data from the People’s Republic of China.

Voice search user numbers are also growing independently of this minor market research fail, of course. This is primarily due to the likewise inflationary market launch of dialogue-capable devices. US marketing agency Path conducted a global survey to investigate how the new technology is being used by different target groups on different platforms. The study delivered multifaceted results: Around 70% of participants reported using voice search on a weekly basis. A quarter use the technology as often as three times a day. When the respondents are divided into age groups, it’s striking that users at the lower (13-18 years) and upper (65+ years) ends of the spectrum in particular report using voice technology on a regular basis.

A glance at the used search systems reveals that the oldest user group communicates most often (approximately 57% of all group respondents) with Amazon’s voice assistant Alexa. Around 28% of respondents in the youngest target group aged between 18 and 22 likewise prefer the Echo/Alexa family produced by the technology giant from Seattle. This suggests that the best way to reach these especially solvent and tech-savvy groups is to employ a combination of conventional voice-based SEO with structured data and product data automation, like Amazon SEO. Such a combination is something that many agencies on the German market have yet to offer.

The most relevant SEO News for May 2018

The most relevant SEO News for June 2018 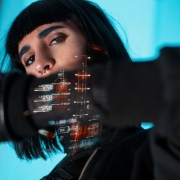 Voice Interfaces – A Trend with History

Amamzon: The Rise of the Marketplaces: What’s in Store for Retailers
Scroll to top