Value creation is destroyed by communication. Admittedly, this is a bold suggestion. Especially as it comes from the pen of a representative of the communications industry. But while it might sound daring at first, the idea can easily be explained.

I do not want to bother with the superficially obvious examples of communication between companies and customers. We all know that this can sometimes backfire, simply because someone neglects to master their tools, or forgets to give the customer their glasses. Camel’s bungled brand management or Nestlé’s Kitkat PR disaster are just a couple of examples.

Instead, I want to focus on three different kinds of communication that are much less well known. And they also have a significant – but greatly underestimated – impact on a company’s value creation power.

1. When two parties meet and communicate with each other

Steven R. Covey recognised this connection in the 1980s in his best-selling “7 Habits of Highly Effective People” and therefore attached great importance to interpersonal communication: three of his seven effectiveness habits are dedicated to it. For example, rule # 5 reads: “Seek first to understand, then to be understood”.

We talk more, but communicate less

Active listening as part of an effective interpersonal communication strategy is becoming harder for us collectively. Although we are constantly talking and posting online, we are rarely able to truly communicate meaningfully.

And so it is not surprising that many New Work approaches aim to add value to interpersonal communication in the VUCA age. To name just two examples: the Tactical Meeting format is a highly efficient way to run weekly team jour fixes. And the retrospective (part of the Scrum rules) aims to identify factors which limit value creation in the process and to counteract them accordingly in the team.

Smart corporate leaders are understanding the importance of ensuring that the level of interpersonal communication skills is high throughout their organisations. And they inspire the entire team to look critically at their meeting formats to eliminate factors which destroy value creation early on.

2. When two parties meet and communicate with each other

That’s right, this title is the same as in point 1. Because it might seem that everything stays the same when you add the “organisation” dimension. But this is far from the truth.
Now new forces come into play, and their effectiveness is underestimated, since they are invisible at first glance. This realisation is only very slowly gaining traction in top-level management. Niklas Luhmann’s systems theory offers a helpful explanatory model: a social system is a closed system with a life of its own that exerts influence on the individual people in the system (in systems theory they are considered environmental). Thus, an organisation consists of people only at first glance. In the system-theoretical sense, it is actually based on communication.

A popular metaphor for illustrating Luhmann’s systems theory is the board game. Without the players (i.e. co-workers) the game cannot be played, but the players follow the rules of the game, which means the game (for which read: the organisation) makes the rules. The organisation’s rules of the game include the many explicit, and the even more numerous implicit rules, cultural norms, and beliefs that have accumulated since the company’s founding. They are the guardrails within which the possible is reduced to the probable.

Employees come and go, but the influential system remains

And now comes the really exciting part, because it shows the effectiveness of this explanatory model: If you lose one employee and replace them with a new one, I could almost guarantee that in virtually every case you will observe similar patterns of behaviour as before, and the bigger the company, the more likely this is. This is quite simply because only the environment has been changed, and not the influencing system.

When it comes to adding value, the system-theoretical approach helps by allowing a differentiated view of cause and effect. And it reminds us that there is little point in attempting to treat the symptoms (that is, the behaviour of employees). Rather, it is better to work out the causes (the rules of the game that produce the symptoms). This means working ON the system instead of IN the system.

If you ignore these interconnections, you can talk all you like, initiate every change programme you can think of, or change up all the central managers, you still won’t get the change you want. And you must have noticed the recent trend for “letters of admonition”, in which board members, for example, publicly blame the employees for behaviours that destroy value creation. This practice really achieves nothing (what it damages is another matter). Instead of trying to find choice phrases to describe alleged causes, this time and energy would be better spent exploring the cause behind the cause.

3. When two parties meet within myself and communicate with each other

Yes, you read that right. We shall now turn to the intrapersonal level: communication with ourselves. Do not be alarmed: this is not an esoteric approach, but a true value creation factor.
The question “Who Am I? And If So, How Many?” is not only a best-selling book by the philosopher Richard David Precht, but also very strikingly describes the concept of multiplicity of personality: In addition to a leading ‘self’ we also contain – often unconsciously – various different personalities within ourselves, whose feelings, beliefs and memories are firmly anchored in our brains.

Even if these different personalities are not (yet) known to us, they are constantly at work within us, busily engaging in dialogue with one another and sometimes, depending on external circumstances, they get the upper hand. We have all had the experience of witnessing a generally meek and quiet person suddenly exploding in rage. This was not the person we thought we knew as an adult, but the injured inner child or the inner rebel who briefly took the reigns, because an external impulse challenged that part of their personality.

Managing these different aspects of inner personalities is important

Another example: our internal movie gets hijacked by some destructive part of our brain and starts playing negative thoughts and painful memories on a continuous loop, over which we seem to have no control. This has profound negative consequences for our own energy levels and how we choose to act. It also has a significant effect on our personal contribution to value creation within the company.

The successful management of these inner personalities, including awareness and professional handling of them, is hugely important for value creation. I would even say: due to its leveraging effect, it is one of the most significant factors in value creation, because it significantly influences all three previously mentioned communication levels.

And in the age of VUCA and NEW WORK – when the traditional corset of familiar routines and standards as well as the guardrails of pre-existing chains of command are being eliminated, our inner personalities are challenged more than ever. The result is that even this level of communication will increasingly enjoy more attention from top-level management, simply due to a vested interest in a robust “bottom line”.

Let us return to the initial thesis: is communication fundamentally destructive for value creation, or is it a significant leverage factor in value creation – that is the question here. The answer depends largely on factors such as the level of self-reflection of all corporate stakeholders, and what significance the four levels of communication have in the top levels of management.

Enlightened business leaders have long since recognised the relationships described and used them for their own competitive advantage. Outstanding value creation has been the reward for their courage.

My trend 2019: Prototyping for communication

What does an advertiser do?! 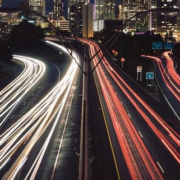 Faster than the future

Hooray, there's life in us yet – three things we can learn from Air Berlin's crisis PR

The most relevant SEO News for October 2018

Voice Interfaces – The Here and Now
Scroll to top