What does the ideal working environment for creatives look like? Benedikt Göttert provides inspiring insights into his everyday working life at the new House of Communication in Berlin.

My first workplace was hectic, noisy, cramped and a real hive of activity. It was in the mid-1990s, at an office housed in an old villa in Warsaw. It was my first job in an advertising agency, and I thought it was normal to feel like I was part of a theatrical performance: everyone shouted, swore, smoked and made tea (the latter usually on my desk). In between all of that, clients would come in, drink instant coffee, nod at presentation boards and shorten deadlines. As the industry was new, there were enough jobs in the large agencies for all the painters, poets, freaks, geeks, expats and students from neighbouring Germany – so also for people like me. Back then, no one was talking about co-working spaces, agile project management, liquid leadership, Generation Y or mobile office days. When considering the workplace of the future, we were thinking more along the lines of a corner office with internet connection and frothy coffee.

The workplace of the future today, however, is mobile, digital, flexible… and probably already taken. If you assume – as many studies seem to confirm – that offices will no longer have fixed workplaces in a few years and we will just have to grab the nearest free table every morning, then those who arrive at the office late will have to think on their feet. But until things go that far, I suggest that we enjoy the work stations of the present – inspiring desk neighbours, increased productivity and integrated beer drinking included.

At the new House of Communication in Berlin we are showing what we mean when we talk about a modern work environment. In January 2017 we moved all of the Serviceplan Group’s agencies into one large building in Berlin. To be exact, into the Bauhaus in Berlin-Mitte, previously home to the Women’s Clinic of the Charité. Today more than 150 staff work for Serviceplan Public Opinion, Serviceplan Corporate Reputation, Serviceplan Campaign, Serviceplan Content, Mediaplus, Plan.Net, Saint Elmo’s, Aimaq von Lobenstein, as well as the Steinbeis-Hochschule (a private university), with whom we offer a master’s degree programme. There are countless professions working from our company building and probably even jobs for which we have no name. The philosophy of the House of Communication is simple: we want to combine all these fields of expertise, experiences and approaches with one another, inspire each other and break down the boundaries between companies, trades and technologies.

You can see and experience how this works in several ways. For example, by the way we work: in an integrated, although sometimes rather chaotic way. Copywriters sit next to content managers, art directors next to back-end developers, editors next to project managers and sustainability experts with strategists, social media specialists and PR consultants. The classic separation between creative professionals and consultants doesn’t exist here. That’s why we work actively in spaces that look like open-plan offices – only much nicer. Corridors where two hospital beds would still fit past each other meanwhile lead to desks (complete with privacy screens), the height of which can be adjusted at the touch of a button. Which most employees actually do several times a day. Some start work standing up in the morning and then sit down after lunch, others do exactly the opposite. A special carpet and chipboard panels on the ceiling for better acoustics add a slight touch of industrial charm and make for happy controllers who can work in peace and quiet. There are retreat areas if you want to concentrate or hold a private meeting, as well as a war room and common areas. And the best room isn’t the client conference room, but houses our special representative for networking, exchange and integration: otherwise known as our coffee machine! After all, we all know that the really important discussions take place during breaks, over a cup of coffee, a glass of water, or even a cigarette.

This is why we consciously decided to make the best room also the liveliest one in the building. What used to be the relaxation room for mothers after giving birth, with views of the river Spree and the Museum Island, is now our cafeteria, breakfast room, lunch corner, kitchen and party area. From there you can access the obligatory House of Communication roof terrace, where we not only have barbecues quite often, but also drink a beer together after work. And sometimes we even invite our clients.

The fact that Berlin is such a vibrant metropolis also plays an important role. This is reflected by the people in the building, as well as the neighbourhood. At the end of the 19th century our building was at the epicentre of innovation and communication. Right next door was the telegraph office, the telephone exchange, the central post office and – the highlight – the central pneumatic post office. Today, as our direct neighbours, Google, YouTube, Delivery Hero as well as numerous galleries and start-ups have joined us and our House of Communication in defining the creative environment. The proximity to the founder community of Factory Berlin (in terms of content as well as geographically) is important to us. And because art and history are also a fascinating draw in Berlin, every employee here gets an annual pass to Berlin’s museums. Which means it’s worthwhile just popping into the Bode Museum on a lunch break or heading there for a brainstorming session, without having to queue up or pay.

There are agencies where a company parking spot is a status symbol. But we don’t have a single one, and none of our staff has ever asked for one. But when it was still unclear whether we were allowed to park our bikes in the closed courtyard, there was quite an uproar.

Intelligent workspaces offer variable opportunities for self-expression, retreat and collaboration within a team – which reflects the increase in more fluid organisational structures and work processes, as well as the “me” and “we” values of the young generation: exactly the demands that customers and employees place on creative agencies today. And if we are going to spend a third of our day at the office – the word is that it’s often even more in agencies – then it certainly does no harm if the office is architecturally inspired, provides fresh fruit and lots of interesting colleagues who work in other areas while pursuing the same objective: innovative communication for our clients.

Ultimately, for us it’s all about how we come up with unique ideas. If you have your best ideas in the shower, then you can take a shower at work too. I personally have my best ideas at my desk. And if I can’t think of anything, I lower and raise it a couple of times or get up and grab a cup of frothy coffee from the machine. I’m bound to meet someone there who can inspire me. 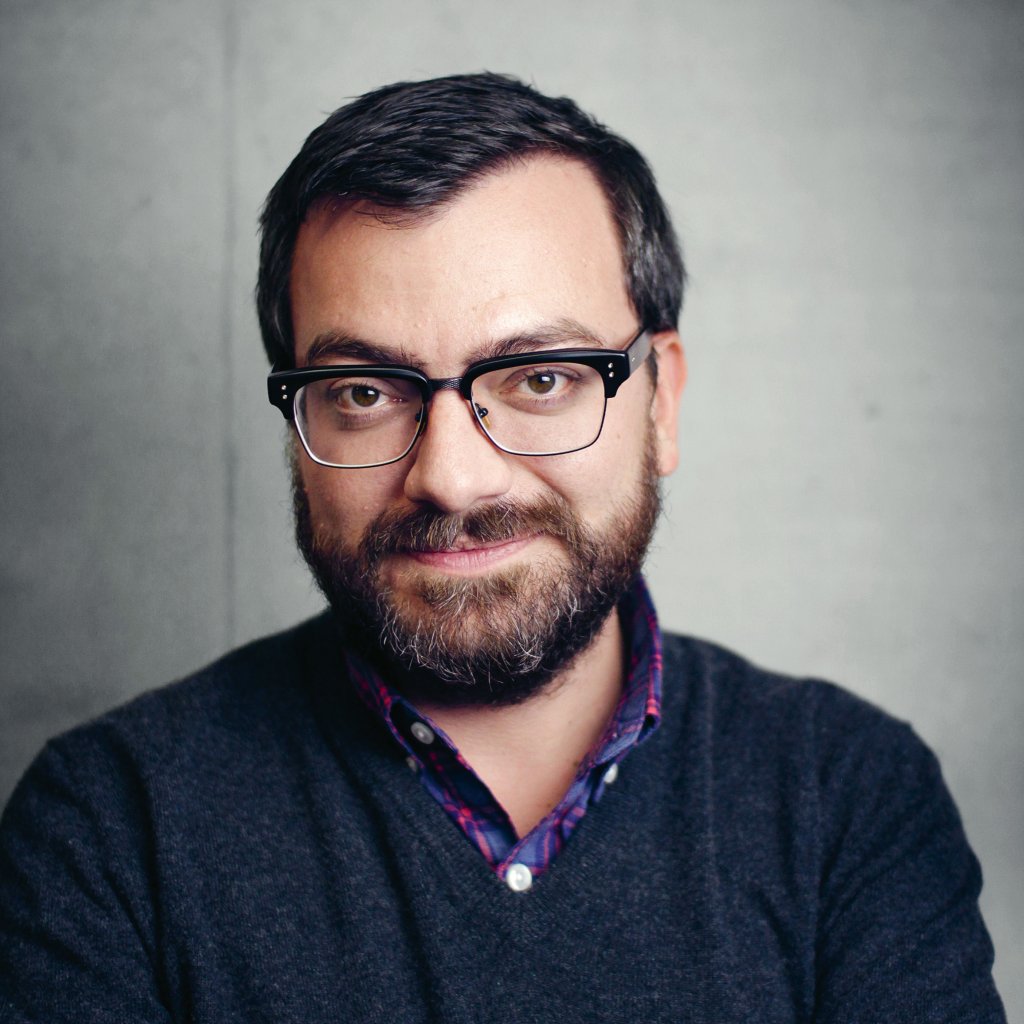 Managing Partner of the House of Communication in Berlin

The multi-award-winning Benedikt Göttert, who has a degree in history, has managed the Berlin House of Communication since 2007. In this role he is responsible for the creative performance of advertising, PR, content, online measures and integrated campaigns – for clients like the German Bar Association, Deutsche Bahn and the AOK, as well as various ministries, associations and public institutions. Benedikt has worked on advertising for the federal states of Germany, the simplification of the tax system, public-service broadcasting, the motivation of first-time voters, the benefits of IPv6, the abolition of the bracket creep effect and sausage spread. One of his creative highlights: an international viral hit on the subject of pre-nuptial agreements. And this despite the fact he has been married for 11 years without a pre-nup. Benedikt lives out his passion for black-and-white photography with photo books by Nikos Economopoulos, Josef Koudelka and Henri Cartier-Bresson – and also his own camera. 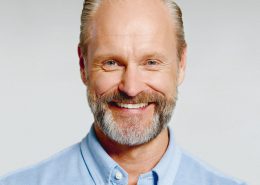 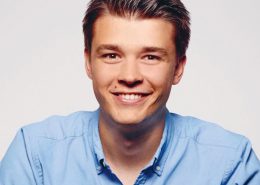 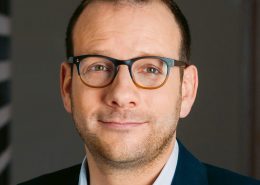 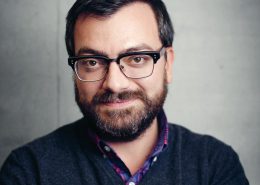 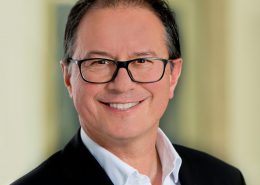