It’s hardly a revelation to say that video content has never been as popular as it is right now. Whether it be on Facebook, YouTube, Display, or increasingly, Snapchat & Instagram, more and more of users’ time online is spent consuming video in some form. By the end of this year, KPCB estimates that video content will account for 74% of all online traffic, and Mark Zuckerberg has even said that he expects Facebook to be almost entirely video within the next five years.

But while the digital video format itself has never been more accessible, many of the digital video ads that tend to make it out into the wild don’t truly take advantage of the opportunities that digital channels allow. Most still ape TV spots that have been adapted to digital – a new format but an old mindset. While television is a passive channel, digital is not, and its potential is currently not being fully utilized. Consequently, we seem to have reached a point where viewers have become numb to video on digital channels – not surprising when you consider the slew of formats that seem to have gotten increasingly aggressive in recent years such as un-skippable pre-rolls, auto-playing sound-on ads, and now the particularly jarring mid-roll videos that burst into your viewing experience half-way through.

Viewers are fed up of video ads taking over their digital experiences and forcing them to passively bear witness to their marketing message. In 2017, most consumers are used to interacting with content on digital channels, especially on mobile. Many expect a certain level of interactivity. Users are familiar with gamified experiences and tend to tune-out at the first sign of a countdown to skip an ad. As attention spans seemingly decrease, passive content just isn’t grabbing users’ attention as it once did.

Things are looking up though as the range of functionality open to digital video is getting broader and broader all the time. Interactive videos have been around in some form for a few years now, but this trend is starting to become more prevalent of late, especially outside of advertising. Just this summer Netflix introduced a series of interactive shows for children that allow them to make choices throughout each episode that dictate the journey the episode takes. This all seems like quite a novel idea for kid’s TV shows, but imagine being able to control what happens to your favourite characters, or reveal alternative scenes in shows like House of Cards or Game of Thrones. What better way to keep viewers engaged than by getting them involved and letting them influence the content itself, right? The same goes for advertising too.

Choice-driven videos have been shown to work especially well in a story-telling and educational capacity. The UK Resuscitation Council used such an approach in a campaign to teach viewers the basics of giving CPR by presenting them with an emergency scenario where they have to make a set of choices to save someone’s life. The thinking behind it is that involving the viewer in the process in this way provides for a much more visceral experience, and by getting viewers to interact with the content, they are much more likely to absorb the information.

We are also starting to see more examples of mobile video utilizing the particular features of the smartphone itself to enable the viewer to interact with the content in a more intuitive way. AdColony’s new Aurora HD mobile video ad format lets users manipulate video content by tapping, tilting or swiping during a video. A recent treasure hunt style video to promote the new Pirates of the Caribbean movie showcased the impressive graphical elements that can be used to immerse the viewer in the video while adding a gamified element to the experience. Similarly, a recent campaign from Visit Britain let viewers use their mobile device’s gyroscope to switch between visual tours of several different parts of the country by pointing their mobile either North, South, East or West to see what each part of the country has to offer.

These features can be used in a host of ways to let viewers define their own journey, answer questions, buy products, access exclusive content, complete forms and much more, all from within the video itself. There’s still a great deal of potential left to explore with interactive video, and with Facebook trying to muscle in on TV-style programming with its new ‘Watch’ platform and Snapchat et al yet to truly take advantage of this format either, advertisers better start thinking about how they might adapt their current approach to video for a more interactive future. 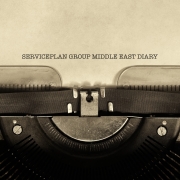 On integration we will stand

Smartphone on wheels
Scroll to top