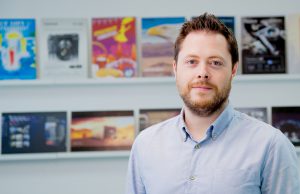 VR seems to be in that awkward phase of being just about to hit the mainstream, but not quite being able to take that final step. The technology is very much out there in the wild but most people don’t seem to be wowed by, or are not aware of, most of the use cases just yet.

That’s why it’s refreshing to see this ad for the Samsung Gear VR that focuses on VR’s ability to let the viewer experience something rather than just watch a piece of content. It’s an almost John Lewis-like emotional branding concept that pitches the product as an enabler to see things from a different point of view. To immerse yourself in something deeper than is otherwise possible.

With this latest TV campaign, Samsung is continuing to do it’s fair share in dragging the concept of VR kicking and screaming into the mainstream. With 360 degree video available on multiple platforms now, many people have already experienced it, although there is a danger here of viewers associating basic 360 degree video with true VR, and being underwhelmed by the prospect. Samsung is trying to push the envelope here. The Korean giants have just announced a new controller for the Gear VR which will make it much more intuitive to use, and might even let them muscle in on the turf of the HTC Vive / Oculus Rift.

With over 5 million Gear VR headsets having been sold (or given away for free) to date, this makes it by far the biggest user base in the VR market. The Gear VR’s accessibility means that it is the most likely channel for many people to have their first proper VR experience, something that Samsung seems to be very aware of. By running campaigns like this and basically promoting the general concept of VR, not just their own product, they are taking on the responsibility of raising awareness of the entire product category. As they say, a rising tide lifts all boats. We’re very slowly reaching that VR tipping point. But reaching it none the same.