The coming of the a. P. (after Programmatic) era has sparked a new debate on relevance: the consumer is becoming more critical and thus less susceptible to advertising messages: So instead of one message for all, target groups are now being addressed specifically: “Buy our product, it is exactly tailored to your needs. Yes, we mean you. No one else needs the product as much as you do.” On the other hand, companies paid five million US dollars for a 30-second advert during this year’s Super Bowl. Pure scattergun, one message for all. So who is it who produces relevance – intelligent machines or creative people? The answer is: both. In this debate, as so often, there is no either-or, because maximum relevance can only be achieved by technology bosses and creative directors jointly.

Programmatic advertising is one way to create relevance. But programmatic advertising is no substitute for creative excellence. Even personalised advertising needs the structure of a central message, for example in the form of a slogan that is taken up again and again over a lengthy period and several campaigns: “You’re not you when you’re hungry” – the Snickers slogan remains memorable because all target groups can identify with it on a basic level. If someone in your circle of acquaintances acts like a diva, what immediately comes to mind is the slogan from the advert – that is relevance. A fitting testimonial can also be the starting point for a successful campaign. When George Clooney looks casually into the camera and gives – even more casually – his best “What else?” it is probably also relevant to tea drinkers. The message in this example is less bold but no less effective. The coffee capsules represent savoir-vivre, confidence and coolness.

When the general story-telling is cut and dried, programmatic creation of the campaign can provide a strong stimulus for the second phase. Depending on the target group, the slogan “You’re not you when you’re hungry” could be re-enacted with different testimonials and contexts: sports fans see a Snickers spot on sports news pages or on TV during Wimbledon, when John McEnroe smashes his tennis racket to bits after an umpire’s decision – then, after one bite from the chocolate bar, he becomes Roger Federer and is on his best behaviour. George Clooney no longer just drinks his coffee in plush hotels but also in the office, at the hairdresser’s or in the theatre. What is important is that core ideas and personalised variations are in accordance with each other, both stylistically as well as regards content: the core message should always remain unchanged.

In addition to the big consumer brands, brands with specialised target groups and products benefit particularly from programmatic advertising, because it enables them to avoid high scatter loss. Even B2B enterprises use the personalised approach. Here too, however: An algorithm cannot replace creative input. Without a good central idea I believe there is absolutely no point in varying a couple of text components and pictures in a banner. Boring advertising, even personalised, is still boring.

Relevance has many facets. It can be produced by people and machines – the best solution is for creative people to do the preliminary work and for intelligent machines to go the extra mile. It only starts getting really exciting when ideas people and advertisers with enthusiasm for technology sit down at the table together. Experience shows that things don’t always go smoothly straight away and, particularly, that the whole can only work when both sides show mutual respect and understanding for the other’s work. The results which arise from this, however, are worth it every time!

Cannes: all correct. And all wrong. 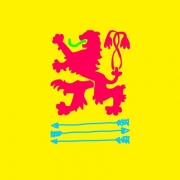 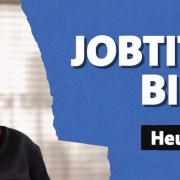 So, what is a Platform Advertising Consultant doing?

You won't need a turtleneck to be creative

“Paella Today is the most ambitious branded content process that we have...