“We must speak clearly of the vision”

On August 2nd 2016 the TRENDONE’s “HoloLens Experience Day” will take place in the Munich House of Communication. Host of the event is the Plan.Net Group. In the run-up to the event, we spoke with Nils Müller, the founder of TRENDONE, as well as Stephan Enders, Head of Mobile Marketing for the Plan.Net Group, about the potential of Microsoft’s augmented-reality glasses, and augmented reality (AR) and virtual reality (VR) in general. 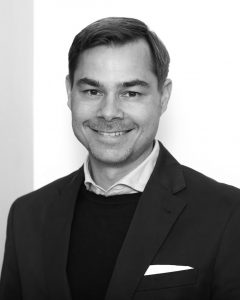 The HoloLens by Microsoft is a pair of augmented reality glasses, by means of which interactive 3D projections are presented in the direct, real environment. The objects in the visual field of the user result from points of light projected onto the eye. A smartphone or a computer is not necessary to use it; navigation functions through gestures, speech, as well as head and eye movements. Currently it is only shipped as a developer edition to customers who have pre-ordered it in the USA and Canada.

Pleasantly modest and not overbearing

Six tips for storytelling with 360° filming
Scroll to top