Deep Learning is a sub-discipline of artificial intelligence (AI), whose basic idea harks back up to the 1950s. Although, mass suitability has as of now not been reached. With sinking costs for computer chips and thus also for networks, as well as the constantly growing amount of digitally available data, machine learning has been undergoing an impressive renaissance over the last few years. Deep Learning enables computer systems to recognise certain patterns in volumes of data through iteration, in this case the repeated execution of commands, and to further and further refine these. In short, Deep Learning machines are learning how to learn. The range of applications is sheer endless with only one requirement to be met: data in digital form should be available in large amounts to extract useful patterns.

Especially companies in the Silicon Valley are currently betting on this reawakened trend. The pace of evolution with which new insights can be won from the now massive amount of available data is enormous: In 2009, a team around Geoffrey Hinton from the University of Toronto delved into the topic of speech recognition. After intensive training, the software was in a much better position to convert spoken words into written text than all of its predecessors combined. Two years later, Google applied Deep Learning to data of its service YouTube and let it separate the data into several categories. The result saw next to categories such as ‘human faces’ also the category ‘cat’ appear, which led to a considerable degree of amusement.

Deep Learning has evolved enormously since that time. Only a few weeks ago, the Google computer programme AlphaGo beat the until then dominating champion Lee Sedol in the strategy game Go. Many consider this a milestone of AI, even if such excursions by Google should be seen rather as a gimmick. Google’s actual fields of application lie in the areas of search and the presentation of search results. For the company, the so-called Rank-Brain – which leads to even better search results – is much more important, because it is supposed to guarantee future domination on the search engine market.

The list of other current examples is already a long one – and it will grow even further in the future.

It is also conceivable, that Amazon uses this technology to further refine the flow of goods. In doing so, the online merchant can get closer to its dream of delivering goods virtually in real-time. Should Amazon be capable of developing new prediction models to store goods in the respective warehouse before the customer orders his goods, the merchant must not stock the entire inventory in each warehouse. While this is still a dream of the future, it is already certain now that Amazon is working on speech input devices like Alexa, that are connected to the internet and as such, are supposed to facilitate everyday life.

The world will see lasting change because of Deep Learning within the next five to ten years. These innovations will also have consequences for job development. We will gain new insights through Deep Learning that would not be possible without it. In particular, data protection represents a big challenge, because not everything that is possible is being applied to the advantage of the consumer. The challenges consist of finding the correct norms. This is because there are no technical limits or industries, in which Deep Learning could not be used. As soon as – in whatever field – certain patterns have been identified, a huge potential for optimisation exists. These new insights will then be used in the most diverse fields, to exhaust its complete potential, increase reliability and to design the technology in an easier and easier way. 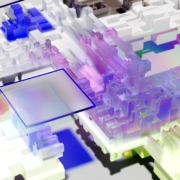 Generative AI: What Marketers Should Know 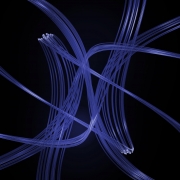 Just one star for the new Instagram logo
Scroll to top