This year, the Consumer Electronics Show (CES) numbered more than 3.800 exhibitors and over 170.000 visitors. In addition, keynotes came from companies like Netflix, Samsung and IBM. The trade fair in Las Vegas is the worldwide biggest exhibition of the Consumer Electronics Industry. Anyone who’s anyone and wants to present a new product, a new technique or just a crazy new knick-knack, makes it there.
It is, at the same time, also true if you summed up this year by saying: one might not necessarily have to take on the long journey in order to see the individual exhibits live. There are rather developments than really new, breathtaking products. And if you were pulled under the spell a little, it would be in particular for the more trial products such as interactive kitchens, the VW Budd-e or a fantastic new Screen from Panasonic, that was incorporated in a shelf unit, which at the touch of a button would be completely hidden and left behind only a panel with beautiful vases. Or a wardrobe, in which someone throws his washing, which would then be automatically folded. At least in theory, it is truly great, even though they are only trials.

Why it is still worth seeing, has less to do with the individual products that will be presented there. In reality it is the feeling that one takes away from such an event: for trends, for the state of affairs and with this what potential relevance that technologies will soon have.
For me it was decisively less about the shining individual examples from the Virtual and Augmented Reality, Wearables or Connected Everything areas, that ranged from the home, through the car, right up to networked toy ducks. This can indeed be much more conveniently gathered from the relevant trade press in a short summary.
It is more the impression between the lines – since these fields of technology were justifiably awarded a niche role, the offer is nowadays universal. Most notably, networking appliances got squeezed straight out of their niche and into the market. It is no longer only the nerds who dim their light bulbs at home with an App. Max Mustermann is now also one the verge of a Smart Home Shelf, in which the offer is no longer assessable and will also no longer be exorbitant. The masses are doing it.

These will be the impacts for us as a communications industry – if the “Internet of Things” actually arrives in our lives now, if everything is networked these days, and if we have to confirm simultaneously that it will even leave its mark on advertising.

So let’s gear ourselves up for the fact that everything is able to communicate. However it will only communicate thus far as the consumer will approve in future.

The user will want to take more and more control over which news and content reach him or at the least he wants to have the feeling of control. Advertising will then often no longer be noticed as such at all. The forerunners are perhaps InGame-Ads or Product Placements in games. In the world of mobile marketing you always should have already asked: Where is the added value? And does it justify the investments for the sender as well as for the user.

For us this means: Advertising as a Service and Digital Products and Services will be central media and formats in the near future.

After a whole generation that was “spoilt” with free Online-Content in the boom times of the stationary web, a new generation is growing up already with digital pay-worlds: Games, Spotify, Netflix and Apple iTunes to name a few examples. If the content is good, it will be paid.
In this world, brands can develop new sources of digital revenue for themselves. In the Internet of Things (IoT) there is also still abundant space for good concepts. At the same time, it must not always be the Mega-Innovation. Often the potential new use or combination of various, existing solutions will already generate a product advantage – or an especially user-friendly interface. You could smell these new chances at the CES at every turn, creating a positive mood within a market of innovations and disrupters.
Agencies that have realized this are also one step ahead tomorrow. They are very well situated as partners for these new challenges anyway. Target audience analysts, technology specialists and creatives bring with them the perfect setup for the design of the networked communication of the future. 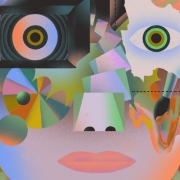 Revolución permanente – the next big thing facing us media planners

Instant Messenger: The new kings of communication
Scroll to top