Imagine you were head of communications of the coffee house chain Starbucks. That you had a business card with important-sounding titles that would probably fill an A4 page and including buzzwords such as global communications, digital relations, storytelling and senior vice president.

You have a very decent salary, unlimited access to the business’s admittedly good coffee and a young hip and most incredibly cheerful team around you. That the good mood of your team is mainly due to the fact that they spends a notable part of their time on YouTube, Facebook, news channels, chats and other blessings of the digital age, has not been told to you – but that’s another story.

Let us continue with your boss, who has only three letters – namely CEO – on their business card, but who earns the equivalent of your annual salary in a single day, and has given you an order. This is it in brief: Make sure that this year’s Christmas paper cup becomes a major topic of conversation, preferably worldwide, and that on a shoestring budget. That should be feasible with smart storytelling in this age of social media.

You think though, that since 1997 Starbucks coffee has, during the festive season, been served in seasonally designed cups, and so in winter 2015 it would not really be new nor particularly original. You think that even the best story can go stale after many tellings and that no one would want to hear it anymore, and certainly not want to tell it to their friends. But you also think about your business card, its contents, the good free coffee and the team – which you believe would be pretty disorientated without you.

So you get down to work. You think of paper cups in a Christmassy design while on your morning jog through the park, in the shower, and during many meetings and brainstorming sessions. You also ask someone from your hip team to write a briefing which meets the wishes of your CEO.

You send the briefing to your advertising agency, your PR agency, the social media agency and, just to be sure, to your media agency.

And since Starbucks now also employs a content marketing agency, they get the cup-briefing too. So now a lot more people are thinking these days, whilst jogging, while taking a shower, as well as during meetings and brainstorming sessions about Christmas paper cups, and how to make the world talk about them, on a shoestring budget, of course.

And after many considerations you would then perhaps have a concept that aims to make this year’s Starbucks Christmas coffee cup a viral hit. The idea: This years cups are completely unadorned; in a discreet red, free from reindeer, snowflakes and other season-typical design elements.

To make sure it stands out and above all causes a stir, you hire a suitable social media-enabled oddball – by profession allegedly a former preacher – with the beautiful name Josh Feuerstein. In a video he then accuses Starbucks of hating Jesus, and points to the cup’s simple design as further evidence of the retreat of Christian values and symbols of the American life.

In the video, which he shares on Facebook, he brandishes his pistol. To make sure the cash register rings loudly in coffee shops in the weeks before Christmas however, the armed preacher does not call for a boycott of the coffee chain, but rather the opposite. He calls on people to outsmart Starbucks by going to the nearest store, buy a coffee and in answer to the inevitable Starbucks question of which name should be written on the coffee cup, answer “Merry Christmas”.

As a next step, the alleged Starbucks hater asks viewers to make a selfie with their Merry-Christmas-paper cups and to share it on social media with the hashtag #MerryChristmasStarbucks and thus be part of a great movement against political correctness and for maintaining Christianity.

Let us further assume that you introduce this concept in various meetings, defend it and in answer to the question of whether the media would see through it and punish it by ignoring or even exposing it, your answer would be: No – it’ll work! It will get a seven minute contribution with a live interview on CNN, which will get it further coverage from the media – from the international “Washington Post” to “Berliner Kurier” and in thousands of forums and blogs.

Feuerstein’s video alone, with the Starbucks logo in the background, will be clicked on facebook an incredible 16 million times, you predict boldly.

Well, if you had really said that, then you would have been right. And you would – I think – have done a pretty good job. The coolly calculated “shitstorm” is the epitome of marketing.

Looking behind, looking ahead. 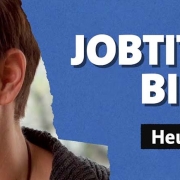 So, what are New Business and Marketing Managers doing?

The meaning of 'creative'

Simple tips for running your start-up!

Impressions from Beijing and Seoul
Scroll to top