To a first-time visitor, Oktoberfest is remarkable not only for its size, but also for the universal feeling of camaraderie. Friendships can easily strike up between total strangers—language barriers notwithstanding. This September marked the 200th anniversary of the festivities; people from all over the world descended on Munich to eat, toast and party away their differences. As it happened, at this very same time Serviceplan had an international invasion of its own…

The CementBloc, an independent healthcare agency in New York, and Serviceplan Vital are both part of Indigenus—a network owned and operated by independent, creative healthcare agencies. This network is founded on the idea that creative is a common language that transcends borders.  In the spirit of international partnership, Serviceplan Vital welcomed two members of the CementBloc as part of the Indigenus exchange program.

Craig, resident multimedia expert at the Bloc and I, a copy creative, took a deep breath, hiked up our Hosen, and stepped in to a world at once familiar and foreign. Monday morning kicked off with creative briefs, urgent client requests, and agency meetings (so far business as usual). But sure enough, differences soon emerged: no Starbucks in the kitchen? And where are the job folders?

So what can two advertising transplants really do in just a week? Craig caught a glimpse of how business is done at Neverest, and settled in to a week of reel editing for Vital. I tried my hand at bilingual tagline development, creative brainstorming, and translation. We both experienced for ourselves how the Serviceplan locals eat, work, and live.

Integrating into Serviceplan Vital’s small, close-knit team gave us a unique opportunity to learn a little about how healthcare advertising business is done in this part of the world. Introduced to a rather unique business model, the annual Comprix competition, the ins and outs of adapting global concepts to the German marketplace, and publications for a politically-minded medical community, we opened our eyes to a world not motivated by the US FDA and New York networking. What I think surprised us most were the similarities to our business practices back home and how readily—with the help of our hosts—we adjusted to our new working lives. The daily work is really not so different; it’s context that separates us. These insights and experiences we now carry with us back to New York, further shaping the way we approach our global business and creative endeavors.

Finding common ground, knowing a partner’s strengths, and certainly singing with one another over several Maß Bier serve to cement any creative partnership. But it’s also clear that true global collaboration takes effort, dedication, and understanding. For Craig and me, this exchange is only a beginning. 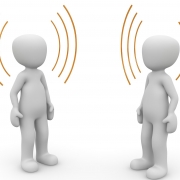 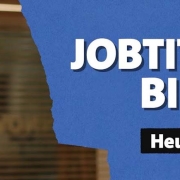